For Baseball and Softball Hitters 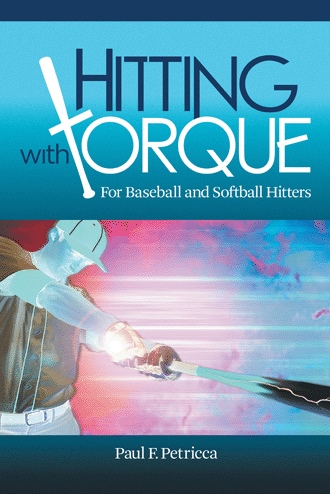 Did you ever feel strongly that you had something to share with the world that would really make a difference? Solving some of the mysteries of hitting may not seem like a great contribution to society, but it’s my contribution. It is always rewarding for me to help youth baseball or softball players successfully learn the simple and repeatable fundamentals of hitting that often lead to a lifetime love for the game, or assist high school players learn where power really comes from and how to harness it consistently, which can lead to personal recognition and the opportunity to play in college. And refining the skills of college players, so they can finally crack the hitting code, resulting in the achievement of personal goals and dreams, which could include playing at the highest level in the sport.

I have always been obsessed with hitting. This obsession included tirelessly studying the hitting mechanics of the greatest baseball and softball players in history to determine the common elements of their swings that made them great. Many of the hitting keys I describe in this book were mysteriously revealed to me at times and in ways that convinced me that I had something special to share with hitters of all ages. I have written this book because I was called to write it!

What Is “Hitting With Torque”?

So, what does engineering term “torque” have to do with hitting? Simply put, torque is defined as a turning or twisting force that causes rotation around an axis. I believe the key to hitting with power is to use the natural “points of resistance” in our body to collectively generate force and kinetic energy. Through the use of the rotational hitting mechanics I teach, this energy will ultimately translate into high bat speed and crazy power. When hitters transform the concept of torque from a noun into a verb, that’s when the fun begins.

Even though I have no way of documenting my assertion that I was the first to use the word torque to describe the key source of power in the baseball and softball swings, I made a hitting video in 1991 and published an article focusing on the benefits of incorporating the concept of torque in basic hitting mechanics in 1996. Today, it seems like everyone is crediting the scientific benefits of torque with powerful baseball and softball swings. I have included the original article I wrote on torque as a “Breakthrough in Hitting” in this book. You can be the judge whether it was unique and groundbreaking.

Much of the material in this book has been compiled from my popular hitting blog for baseball and softball players. Each year, thousands of readers from over a hundred countries visit my site. The feedback I receive often includes stories of immediate and dramatic results for players and coaches who tried and adopted the hitting mechanics I teach. Hitters who are open to considering my unique and cutting-edge hitting mechanics and theories that fall outside the foul lines of conventional hitting wisdom will be rewarded with increased power and a higher batting average, which is the goal of all hitters.

I wrote this book because I love the game. In all my years as a hitting instructor, I have always volunteered my time to the hitters or the teams I have coached. I always tell players, parents, and coaches that my reward comes when my hitters are successful. Over the years, my hitters have given me a king’s ransom of doubles, home runs, and high averages as ample compensation for all the hours of practice in the batting cages and on the fields of dreams.

I remember a note I received from a dad about his young son, who loved the game, but the game didn’t love him back. He was small for his age and lacked the physical strength of his teammates. Even though he loved playing baseball, his failures in the batter’s box were stealing his desire to play anymore. This frustrated father stumble upon my blog and read every post, especially the ones describing my hitting keys. He immediately went to the practice field near his home with his son, and they began to rebuild his swing and repair his attitude.

This young hitter normally batted last in the order, which caused opposing coaches to loudly instruct their outfielders to move closer to the infield. This lack of respect is disheartening for any hitter, especially a young one. Armed with a new swing and increased confidence, this hitter was ready to test it in a game. In his first at-bat, he drove the ball over the left fielder’s heads for a triple! The father wrote that the smile on his son’s face when he dusted himself off after sliding into third base was priceless. He ended up with three hard hits in the game.

After only a few games, this young hitter moved up from the end of the order to the middle of the order, passing many of his teammates who were bigger and stronger. The grateful father wrote:

It restored my son’s love for baseball. He is back to being his old self. All he wants to do now is hit and play pickup games with his friends. He is dressed three hours before we have to leave for his games, and he nags me to throw batting practice to him constantly. I love it … thanks!”

This young hitter’s renewed love for the game was more important to me than his newfound success in the batter’s box.

Every time I receive similar notes, I am always humbled and thankful that some of my simple words and instructions about hitting a baseball or softball could have a positive impact on the lives of others. I hope the words in this book have a similar impact on those who love the game and want to learn more, or those who just want to become a better hitter, a better parent, or a better coach.

I have organized this book in a logical order, so it can be read from the front cover to the last page. It can also be used as a reference book, for access to information on specific hitting topics. I have attempted to make very technical hitting concepts simple and understandable by players of all ages, parents, and coaches. I have also included some fun observations and advice from my long career as a hitting coach and a student of the game.

I would ask readers to pay special attention to my Eight Hitting Keys that are highlighted in the Table of Contents and are revealed in the proper sequence. Even though hitters all have individual styles, I have isolated eight keys to a powerful and consistent swing. I believe strongly that each of these hitting keys is critical to the success of the collective swing. Eliminating one will negatively impact the entire swing sequence.

Hitting with torque is more than a set of hitting mechanics—it is a mind-set. After reading this book, I hope readers will look at the art and science of hitting differently. I will challenge readers to look past some of the worn-out hitting theories and crazy myths that have been holding back hitters from reaching their full potential. With an open mind and a lot of practice, all hitters can unlock the power and consistency that is hitting with torque.

Paul Petricca draws on his experience as a coach, player, blogger, and student of baseball and softball to share what he’s learned about hitting in this essential guide for players seeking dramatic results at the plate.

The author presents easy to understand hitting mechanics highlighting how the engineering concept of torque can be applied to hitting and is often the difference between a weak groundball or a long home run.

Topics covered include understanding where hitting power really comes from and the importance of increasing bat speed through the fundamentals of a repeatable and powerful rotational swing.  Hitters of all ages who adopt his eight hitting keys will enjoy a dramatic increase in bat speed and power almost immediately.

Hitting with Torque is more than a set of hitting mechanics—it’s a mindset. Readers will be challenged to look past the worn-out hitting theories and myths that have been holding back hitters from reaching their full potential. With an open mind and practice, all hitters can unlock the power and consistency that is Hitting with Torque.

Paul Petricca has coached baseball and softball hitting for more than twenty-five years. He’s passionate about teaching his fundamentals of hitting to baseball and fastpitch softball players. He is an avid Chicago Cubs fan and enjoys attending games with family and friends. He has been married to his wife, Tammy, for more than thirty-five years and has three children: Elaine, Sam, and Rick.